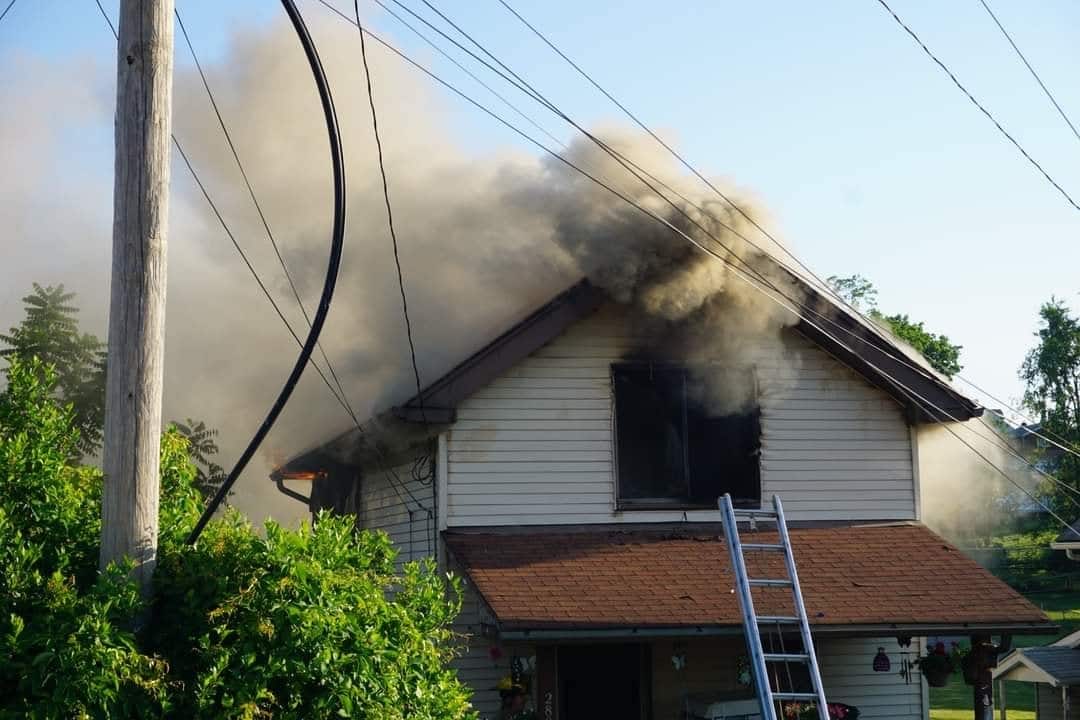 At approximately 7:04 AM this morning the Bethel Park Police Dispatch Center dispatched the Bethel Park Volunteer Fire Company (BPVFC) to a residential structure fire on Oak Street in Bethel Park. Dispatch reported that the house was on fire and people were on the roof with the possibility of more people trapped inside. The call was quickly upgraded to a full first alarm assignment which included Mt. Lebanon Fire Department and The Upper St Clair Volunteer Fire Department. Officers from the Bethel Park Police Department (BPPD) arrived first on scene and were able to access the roof area to assist the residents in getting out of the house. BPVFC Assistant Chief was the first arriving fire officer on scene and assisted the BPPD officers in getting the residents off the roof and into the care of Tri-Community South EMS. BPVFC Chief arrived on the scene and assumed command of the incident while multiple fire apparatus from all 3 of our stations responded and began an attack on the fire. A second alarm was added for additional manpower which requested Library Volunteer Fire Company, Broughton Vol. Fire Department – South Park Twp., and Bridgeville Volunteer Fire Department.

The fire was brought under control within an hour and crews spent the next several hours checking for hot spots and cleaning up. We would especially like to thank all of the workplaces who allowed their employees to go into work late today so they could fulfill their role as a volunteer firefighter for our community.

As a reminder to all citizens, please ensure you have working smoke detectors on all floors in your house, preferably in every room.