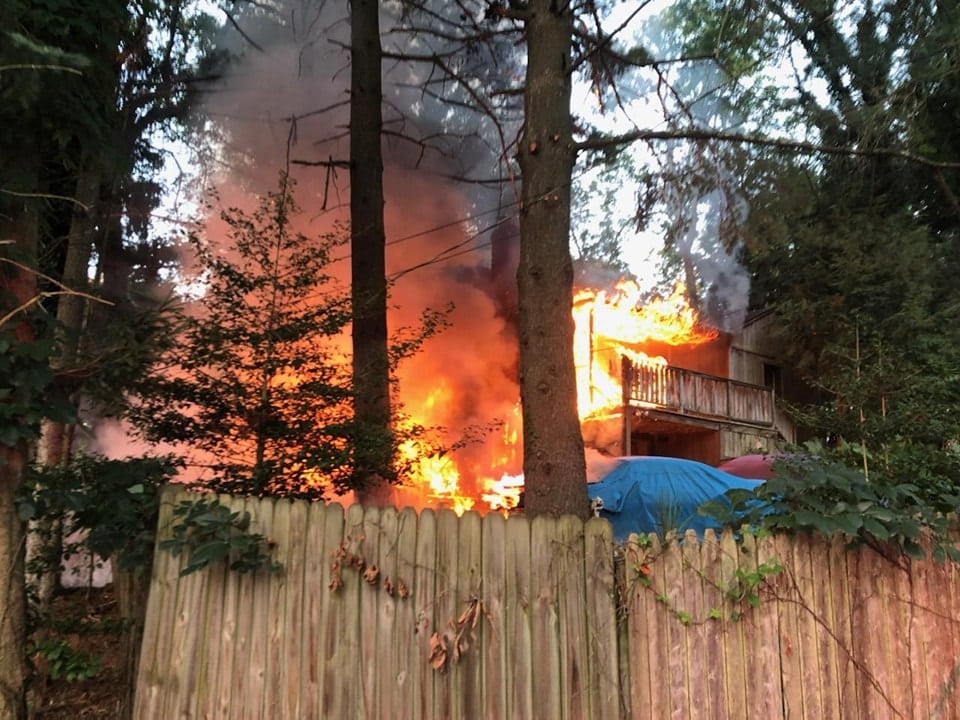 At approximately 5:58 AM this morning the Bethel Park Police Dispatch Center dispatched the Bethel Park Volunteer Fire Company (BPVFC) to a shed on fire on Fairview Drive in Bethel Park. BPVFC Chief began responding from two miles away and upgraded the call to a full first alarm assignment upon seeing heavy smoke in that direction. This alarm included Mt. Lebanon Fire Department and Upper St. Clair Volunteer Fire Department. Officers from the Bethel Park Police Department (BPPD) arrived first on scene and reported the fire had spread to a tall pine tree, car, and house. At this time the second alarm was added for additional manpower which requested Library Volunteer Fire Company, Broughton Volunteer Fire Department, and Bridgeville Volunteer Fire Department. BPVFC Chief arrived on the scene and assumed command of the incident while several fire apparatus from all 3 of our stations responded. The first arriving crews were able to make a quick stop on the fire before it extended into the house too far. The fire was brought under control within an hour and crews spent the next several hours checking for hot spots and cleaning up. The Allegheny County Fire Marshall is investigating the cause of the fire.

Special thanks to the Bethel Park Police Officers who were on scene early and assisted us with moving hoses and making our hydrant connection since we were extremely short on manpower. This is a reminder that our community relies solely on volunteers. They have to respond to the stations to get equipment to respond to an emergency. It may seem like we had plenty of vehicles responding, but many only had a small number of firefighters in them. We thank all of our mutual aid departments for responding and providing the much needed assistance.